Last week I had the extraordinary chance to take part in the world congress of the International Solid Waste Association (ISWA) in Baltimore, US. An eye-opening event for a newcomer in the waste management sector with lots of interesting sessions and inspiring people from all over the world. I was participating in the congress as a member of the board of Helsinki Regional Environmental Services Authority, which takes care of the water services and waste management and produces environmental information in the Helsinki region. All interesting topics and experiences from the congress are impossible to cover in one short blog text but I will highlight some of the take home messages that were most interesting to me.

From waste management to circular economy – a quick cure to climate change and other environmental problems?

Circular economy and climate change were two of the main themes of the congress this year. Inspiring and exciting keynote speeches were given where the possibilities of circular economy solutions to drastically mitigate greenhouse gas emissions through the whole product life cycles were addressed. It was, however, stated that this opportunity of innovations and possibilities was yet to be recognized by policy makers and the wide audience. Circular economy was also pictured as an economically profitable way to solve the climate crisis – a so called win-win opportunity.

I hate to be a cynic, but as a student of environmental and sustainability science I always get a bit anxious when solving alarming environmental problems such as climate change is pictured only from an economic point of view like the “best business idea ever”. Climate change has to be solved anyway – whether it is economically profitable or not. The strong belief in techno-fix solutions was also present – but what would you expect from a congress full of waste management engineers from around the world? My doubts were also partly proved right when in the next sessions waste management CEOs from different mega cities discussed waste management and the President and Chief Executive Officer of Texas Waste Management promptly told us how it is so much cheaper to landfill (only 20 USD per ton of waste) than doing anything else with the waste (talking about fancy and expensive circular economy solutions – its just cheaper to landfill). So what I concluded from these sessions was that circular economy is a great idea for the future – but far away from being economically possible in a global context. And also that keynote sessions for the most part are very general inspiring pitches with the aim more to rise interest than dig deeply into specific topics.

– was something that I realized when I compared Finnish waste management to the rest of the world, especially the US. Without being arrogant I have to say that only at the congress I understood how advanced the Finnish waste management sector is – actually one of the forerunning systems in the world. But how and why? Because of the political will and strict public policies that demand high standards from the waste management. In Finland it’s prohibited to landfill municipal waste, we have source separated recycling including plastics and soon maybe also fabric, we use advanced incineration practices such as cogeneration of heat and power (CHP) with high standards of reducing emissions from incineration and we also recover energy from waste biogas in landfills. Sometimes the technocratic and economic points of views tend to look over the fact that in order to make new sustainable techno-solutions competitive on the market and economically profitable political will and regulatory practices are really needed. Of course it also requires more money to run a more sustainable waste management system, something that many countries simply cannot afford at the moment, but for richer countries it is a matter of prioritization. Managing one ton of municipal waste in Finland costs many times more than 20 USD, but that is a political choice to be made how much public spending is put on waste management practices.

The contrast is huge: in Finland it’s prohibited to landfill and in developing countries waste is dumped without any management in the open. Open dumpsites cause more deaths in developing countries than malaria. Because of the dire health and environmental impacts ISWA started a global initiative to close open dumpsites globally. Why don’t countries of the global south manage their waste? They don’t have the infrastructure and the technology but most importantly they don’t have the money and probably not the needed public governance. Waste is not either highest on the preference list of many developing nations.

How to solve these issues? Technological and economic support from richer nations would be needed. But the core problem still remains – how to really get rid of the waste from the beginning and who is responsible for it in the end? The discussion that I really lacked at the conference was that of influencing the consumerist system of our global economy. How can it be that multinational companies produce vast amounts of single-use products that are sold or “forced” to countries which has no possibilities what so ever to manage the waste that is produced from this products? It is easy for us to say that you shouldn’t litter and buy bottled water – but what if that is the only choice you’ve got? For example in Malaysia 95% of the waste is dumped in open dumpsites, most of them in coastal areas or in the water. I participated in some sessions concerning marine litter and plastics. Again there was a belief in techno-fixes that will enable us to invent new sorts of materials that will free us from plastics. Some speakers, however, expressed their concern for that it will be very hard to create any packaging materials that would be as cheap and durable as plastics. And even though for example biodegradable plastics have become more used they are problematic in aquatic ecosystems since they won’t degrade in water. Collecting wet plastics from the ocean is expensive and the recycling value is low. Some encouraging studies had nonetheless shown that by creating a collection system for the plastics before they end up in the water some profits could be made in developing countries from recycling the material.

Despite the fact that I was able to be proud of how waste management in organized in Finland it is important to remember that we still belong to those countries that produce most waste in the world and are among the top per capita emitters of greenhouse gases. It is also our western consumerist culture that is one of the root problems to waste problems in the world. So what to do? Impose our great waste management practices to other countries and invent new materials and products in order to fulfill the dream of a circular economy? That is a part of the solution but alone it won’t be able to solve the vast global waste issues that we face today. Not at least rapidly enough if we want to conserve what is left of our fragile ecosystems. We need to address the waste issue also from a systemic point of view, we need systemic change in our consumption and production practices. For a start single-use products need to be banned, we have to seek comfort from something else than shopping and consuming, we need to rethink advertising and create more sustainable lifestyles for the people of this planet. There is a lot to do, but with the will of the global community it is possible. There is no time to waste 😀 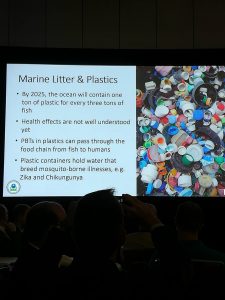 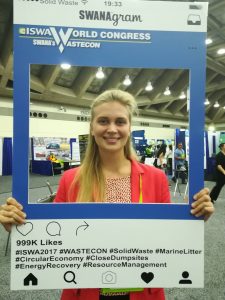