Last week I had the privilege to participate in the General Assembly of the Federation of Young European Greens, FYEG, where young green politicians and activists from Europe and beyond gather together to do green politics and shape a more sustainable and just future.

Be Brave Green Europe! was the campaign slogan of FYEG in the European Parliamentary Elections. To be a green politician in Helsinki, the capital of Finland, doesn’t really require extra courage. People are already green minded and support us politicians and activists in what we do. In other parts of the world bravery is needed more.

I was reminded by all young green activists, who are founding green parties and NGO’s in countries where there is yet no green movement, politicians who campaign in countries where they know that the support for their green party will not be enough to get seats in the parliament, activists who take part in actions and strikes and sometimes even risk their lives and safety to fight for who they are. Activists and politicians who are pushing forward green politics in hostile and difficult environments with little support.

There was something very special about coming all together from different backgrounds to find a common way to go forward with green politics. We have the same goals and visions for a future that is sustainable, climate resilient, socially just and fair. A future without fear, a world that respects human rights. We empower each other, exchange ideas and give support. We are green activists and politicians, some of us blocking coal mines and some of us sitting in decision making tables and many of us doing both. We all believe that it takes both civil society action and political decision making in order to make a greener future. It doesn’t matter which country we come from, what matters is that we are young and green, and we must be brave and fight for our future. 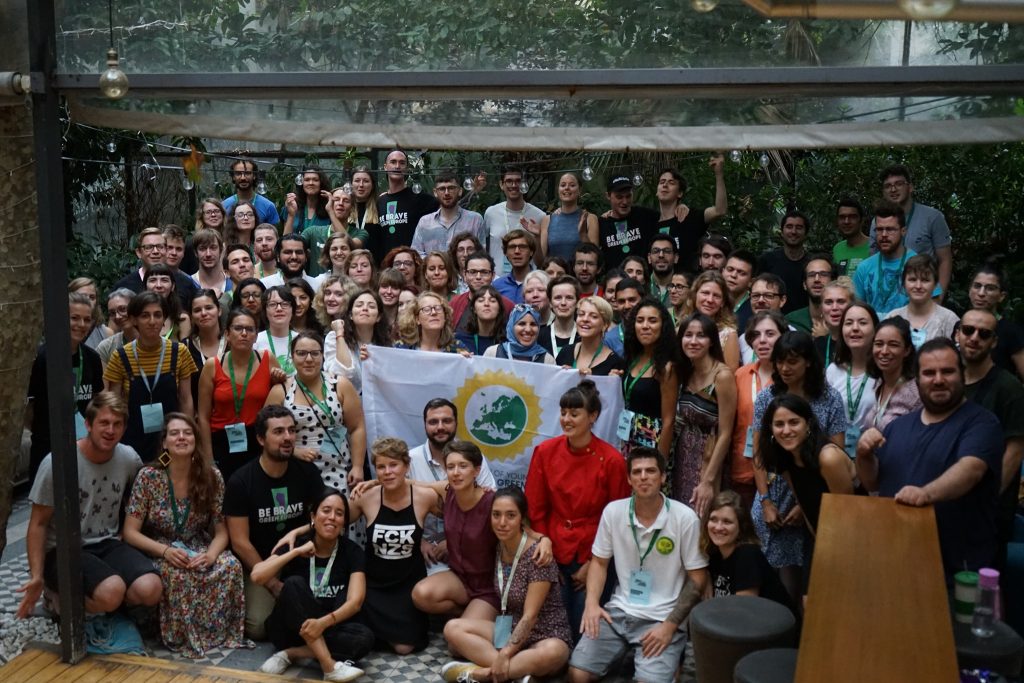