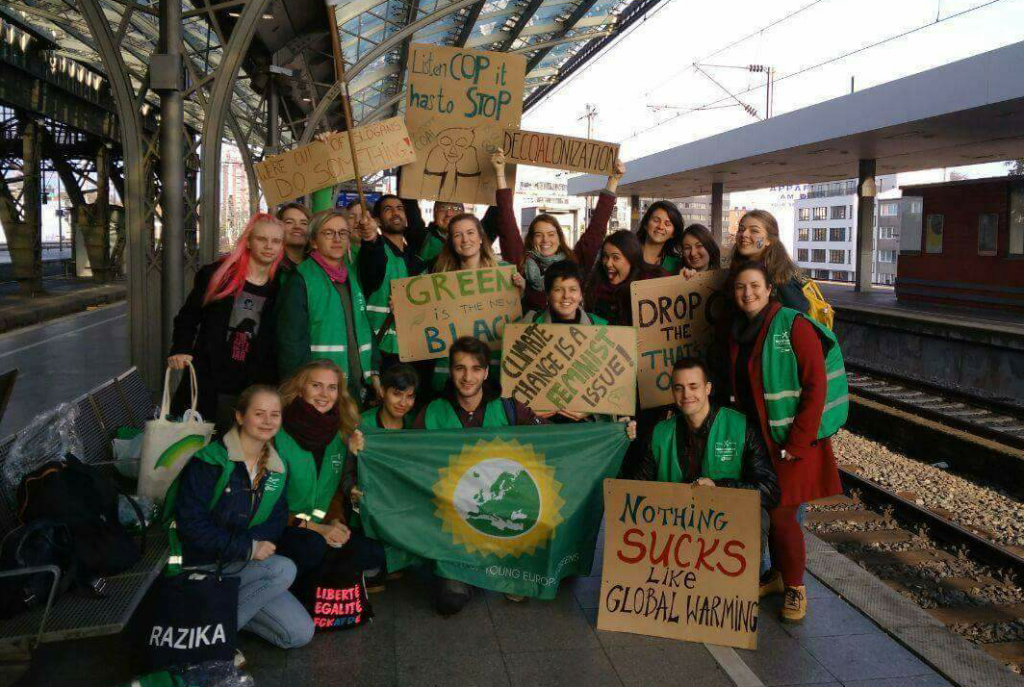 Tomorrow starts COP23, the 23rd climate conference of the UNFCCC in Bonn. Together with 20 other young greens from around Europe I participated in the Alter COP23 seminar in Cologne organized but the Federation of European Young Greens. We learnt about the history of the global climate movement, about climate campaigning and about how the climate negotiations actually are. We also took part in a big climate demonstration in Bonn together with lots of environmental NGOs, political actors and concerned citizens.

Once a year climate issues have the chance get a lot of media attention when the world conferences are arranged. Sadly though, the “unimportant” COP’s with no big agreements being made (like the Paris agreement two years ago) are most likely not to gain so much attention. Still these conferences are important, because they lead to the big breakthroughs and also make those breakthroughs reality. The context of this year’s COP is the follow up of the Paris agreement, the presidency of Fiji and attention to the small island states. Since the conference is organized in Bonn, which is close to the biggest coal mining areas (Rheinland) in the world, coal is also an important issue.

The good thing with the Paris agreement is that it is ratified by many countries already. The bad thing is that most of the details are not yet decided on. Things that will be on the agenda in this years COP is for example the intended national determined contributions (INDC’s) which are the emissions reduction plans that all countries voluntarily will stick to. At this point the INDC’s should already be transformed into NDC’s dropping the term “intended”. We need the national contributions to be implemented now. A sum up of all the emission reduction plans of the Paris agreement countries should result in a reduction of greenhouse gas emissions that ensures that the warming of the climate stops in 2 degrees. Sadly, but not surprisingly, this target is not being reached. According to some calculations the emission reduction schemes of the member countries cover only about one third of the required emission reductions in order to reach the 2 degree goal.

Another “small” detail of the Paris agreement which is not yet clear is the finance. Who will pay and for what? The Green Climate Fund is divided into the mitigation fund and the adaptation fund. Currently the mitigation fund covers 80% of the financing and the adaptation fund only 20%. This is something that the poorer countries and especially the small island states are not happy about since they are already suffering the effects of climate change. However, the big emitter countries want to ensure their economic wellbeing in the shift away from fossil fuels, which is why the prefer allocating more money to the mitigation fund. One would hope that during this year’s COP and the presidency of Fiji more attention and dedication would be drawn to the conditions of the small island states and climate justice.

Together with German greens we participated in a climate march in Bonn together with some 25 000 other concerned activists. The march targeted especially coal mining and climate justice. The countries that emit the most should also do the most in order to stop the pollution and at the same time also help the poorer countries that already suffer the effects of the climate change. The activist approach on the march and the seminar in general made me think more about the efficiency and the aims of activism. Some of my friends are also participating in the biggest environmental civil disobedience event Ende gelände by blocking some coal mines somewhere in the Rheinland area. The relieving thing about activism is the simplification of the cause and power of direct action. We want them to stop coal burning and protecting fossil fuel production because it is simply bad for the people and the planet. We are right and they are wrong but still it feels like nothing is changing. Is it as simple as that? Sometimes I feel that it isn’t since we lack viable alternatives and social structures to just shift into a zero-emission society. But after listening to the problems of other European Greens and taking part in actions I started thinking that there is a lot to learn from the activist approach. We need a strong movement of the people and a strong will to make a change. And we need to be ambitious about climate goals even if it sometimes feels utopistic. Because at least it is clear that pessimism won’t make any change in the world. A hint of idealism still might do that.

To conclude, these few days together with other young green activists from around Europe brought a lot of new thoughts and perspectives on things. So amazing to see that the Green movement has such great persons standing behind it in so many countries. Even if the politics fail you somewhere they will be more encouraging somewhere else. The political contexts and environments are different in every country, but still we can learn from each others mistakes and successes. I felt so proud every time I could tell about the rising polls of the Finnish Greens. How we have grown from a small movement of a few devoted environmentalists into a party that also attracts a wider audience with our green values. If we can make it, other countries can make it too!

Oh, and one more thing. What do we want? Climate justice! When do we want it? Now! 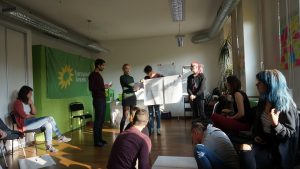 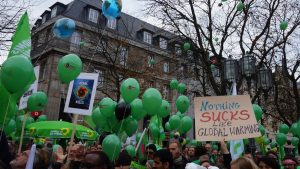 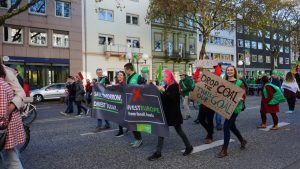 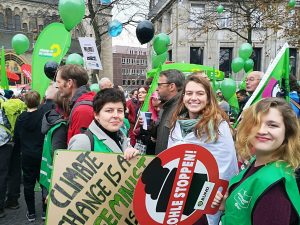 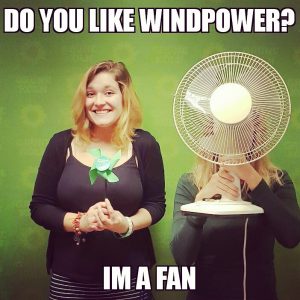 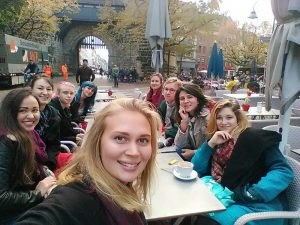 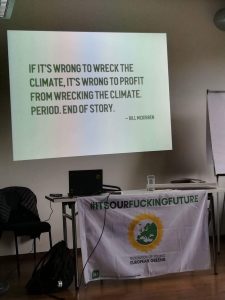 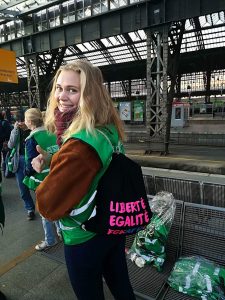